Show Us Your Custom Magnum Transformations!

Because the radio people said i could not hang any thing bigger than my old 36".
Califas
► Show Full Signature
Wlie E. Coyote sais "Build it your way and never change it if some one hates it.. Like it or hate it you still thought about it"

Joined Sep 1, 2016
·
5 Posts
Those are some great looking cars. If you want to give them a full shine and protection, you can find great products here:
Products – Luxxio
M

Joined Jan 6, 2017
·
9 Posts
Here is my 2008. It was white with a roof rack and looked pretty ordinary when I bought it a few months ago. I put on 20" wheels, tires, Eibach suspension kit, debadaged , removed rear wiper, removed the roof rack, repaired the broken grill, put on a new dual exhaust, rear diffuser, chin spoiler, new radio etc. but the most noticable mod is the HOK paint, a special color with lots of pearl I mixed up myself and named "Clockwork Orange". 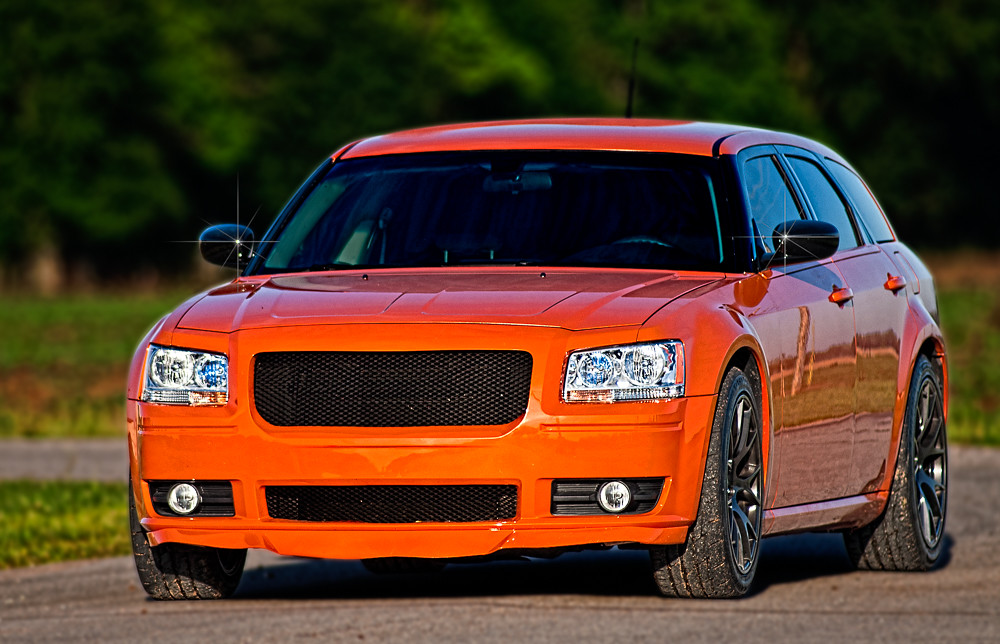 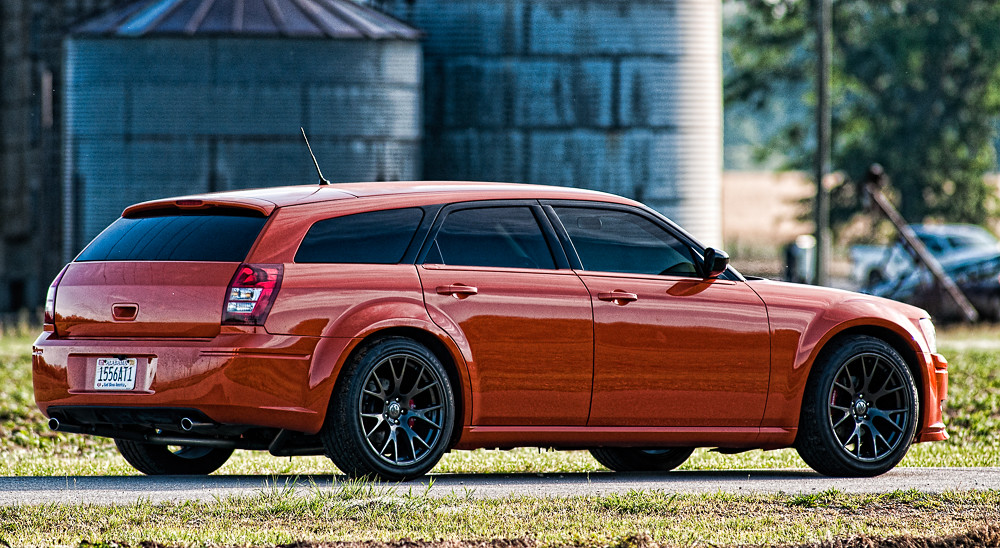 Rear Quarter One
B

I have since then, gotten new headlights (the old ones were scratched and fogged for whatever reason), new rims and tires, debadged, put a Mopar badge on the front, gave her and audi grill, added blue grill light, blue running lights, oem fog light kit, tinted the taillights, removed rear wiper and added a Chrysler 300 srt wing, led switch back bulbs for the front turn signals, led head lights, led reverse lights, led rear turn signals, blue interior lights, and a cold air intake... I think that's about it. But still have plenty to come.
A

Joined Aug 19, 2017
·
12 Posts
Wow, looks really great man. Very similar to the one that my buddy from DSRLeasing has yet much better looking. Good job!
A

Joined 1 mo ago
·
6 Posts
Hello everyone, I have been working on my first Magnum , got this one from a friend that wrecked it for $150,ugly as sin,but,runs sweet

MOOSENUTZ said:
Hello everyone, I have been working on my first Magnum , View attachment 82759 got this one from a friend that wrecked it for $150,ugly as sin,but,runs sweet
Click to expand...

After some part hunting,at the boneyard,and alot of black primer,I put her back into shape

Joined 1 mo ago
·
6 Posts
Last night,I finished painting the whole car, I used an HVLP gun, with an airbrush compressor to spray a thin. Mixture of Porter PPG acri shield exterior house paint,4 coats. Now I know what you're going to say house paint????, Being this virus is taking over and we are isolated within our homes and garages I could not afford real paint, and this was just lying around in my garage, not to mention the paint is tough as nails very hard to scratch but the result was a beautiful satin finish that made the car look like it was wrapped

Joined 1 mo ago
·
6 Posts
So far,only $540 invested in this beast. Next round will be interior

Joined 3 mo ago
·
65 Posts
I'm not a fan of flat finishes, but you did a really good job. Nice body work. Sure can't complain about the price!

Joined 1 mo ago
·
6 Posts
Thanks all, so far my first Magnum has been a lot of fun, love driving this thing around
261 - 273 of 273 Posts
Join the discussion
Continue with Facebook
Continue with Google
or sign up with email
Recommended Reading
Read More
Read More
About this Discussion
272 Replies
142 Participants
Last post:
MOOSENUTZ 1 mo ago
Custom Dodge Magnum Forums
A forum community dedicated to Dodge Magnum owners and enthusiasts. Come join the discussion about modifications, classifieds, performance, troubleshooting, maintenance, swaps, and more!
Full Forum Listing
Explore Our Forums
Off Topic General Magnum Discussion Exterior Styling Introduce Yourself Sell your stuff
Popular Communities